Skip to content
Panning for the Gold in the Planetary Transits

Over-complicating decisions is something I see many people struggle with, especially when trying to use their authority to decide. A Sacral cannot answer “ahuh” or “uh-un” to something that is really several things all rolled into one. Neither can a G or Spleen, or a Will or Solar Plexus  indicate your truth when many things are entangled. Even more so for Mental Projectors and Reflectors, using your process on simple decisions will bring clarity with less resistance.

And yes, it’s that resistance word! Often a complex decision is hiding a nugget of gold within the dirt and sand, or a piece of sticky that has collected up the dust bunnies under your bed for months! I’ll stick with the gold nugget metaphor for the rest of this piece, and let the dust bunnies do their thing under the bed quietly. 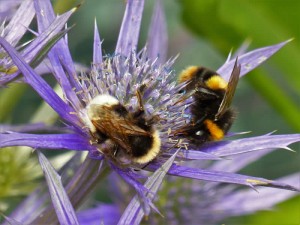 And it can show up like little buzzing bees trying to get our attention, to believe in their message of lack, fear, insecurity. I have nothing against bees, even the ones that buzz right in my face telling me I need to take care of tomorrow’s imaginary fears today or else…….. Allowing them to deliver their message and then go back to making honey and feeding their queen is a powerful non-resistant action. They’re only doing what I asked them to do many years ago, and if I want to listen to their message and act on it, I can, but it will keep me trapped in the past. Non-resistance to anxiety and fear, shame and lack allows them to evolve. They don’t need to be fixed, healed, caged or otherwise dealt with in any way, although you might choose to find some assistance if that’s what feels better. I have no axes to grind with healers and fixers who again, have their place when chosen through authority.

We are all subjected to marketing and the purpose of marketing is to persuade, cajole and influence. Nothing wrong with this at all, until it sticks to your sense of lack. (To be clear, I’m not saying there is a fault with marketing, just in the nature of our interaction with it; and we have a choice) But there may be something else, and if you’re resonating strongly with someone’s marketing, it can be worth investigating before signing up, so as to filter out the lack-full component.

So panning for gold is a process of washing away the dirt. How does this work for decision-making?
Take your headline decision:

If you’re feeling a resonance but cannot easily sign up and pay, then there is likely a mix of gold and dirt here. So the panning process goes like this (it can be a paper and pen exercise or one done with a good friend who can keep prompting until the gold is revealed)

Rinse and repeat (the greatest marketing ever!)

For example, I was (more than) interested in signing up with a business coach to help me reach clients who had deep pockets, so that I could enjoy working with committed people who were also willing to pay because they valued my expertise. Something in this idea had me lit up in my G authority like a beacon. It felt playful, delightful, abundant, joyful. I’d talked with her, and we got on, she understood me, I was beginning to trust her, but something felt off once I’d put down the phone.

“What would I have from working with this coach?

……and that would give me a sense of belonging

…….and that would give me a sense of worthiness

…….and that would give me a feeling of security

(OK, scratch that one, acknowledge it, let it evolve, it’s an old pattern that I don’t want to continue, phew! glad that’s in the open, I can decide I have security right now – Next!)

…..and that would give me enjoyment of a creative relationship

…..and that would give me a feeling of being not so alone with a new level of visibility

…..and that would give me a feeling of security

…..and that would give me a feeling of peace

(Nice! But OK, scratch that one too, as I have great friends with whom I can enjoy creativity already, they are helpful to me every time we have a conversation, and they’re open to more constructive collaboration – Next!)

….and that would give me a feeling of fulfilment

….and that would give me a feeling of success

(Again, nice feeling. But OK, scratch that one too, as an ambition, because I already have it, in spades, and when I my put my attention on appreciating the people who do recognise me regardless of the depth of their pocket, I’ll get to have more opportunities to appreciate people that way and feel Projector success which isn’t the same as business success)

Then the real nugget of gold came shining out – I AM already wealthy, I already have great friends, I already have success, and I am willing to allow more to flow through me because this is who I AM.

In allowing more of myself to come play in the world I have what I was resonating to in the attraction to this coach. And if at some future date I have a pile of cash in my hands that I want to joyfully hand over to her for her support in a particular project or venture, then I can have that, but  right now it’s a No, because I don’t want to pressure myself to commit to something that I think will get me what I already have. When I don’t have a sense of lack, marketing persuasion has no leverage. Either I do something from a place of joy and love (G authority) or not at all.

Conflating lack of worth with lack of connection, I was vulnerable to marketing that seemed to hold out the alluring promise of providing both. Now the coach I was interested in wouldn’t see herself as marketing worthiness or of being a provider of connection, and she has some really interesting insights and ways of working and is highly intuitive. So I’m not questioning her integrity at all; rather I’m questioning my own in my desire to make a commitment to sign up and step up.

This is at the ‘heart’ of the conditioning of the open Will centre – motivation to keep becoming better in the hope that one day I will reach the top of the mountain and be able to feel proud and worthy that I accomplished something. Well, frankly, who cares what I achieve! If I can’t feel at peace with myself, what value does any accomplishment have, it will never be enough to compensate for the big hole that is a lack of self-worth. 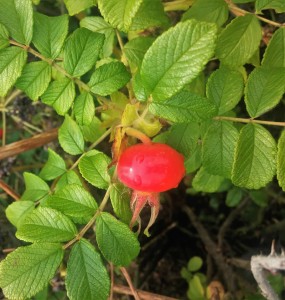 During the time I was having this experience, there was an activation of Gate 45 in the planetary transits which connected with my Gate 21 hanging in my open Will centre, giving me temporary definition of both Will centre and the Channel of Money; the materialist. It brings with it the will power to be in control of or in charge of the material aspects of life, such as money. Unaware of conditioning, I could have easily been swept up in the will power to commit and prove myself worthy to take charge of making money. The planets would move on and I would wonder how I’d got into so much pressure and process which felt far from joyful and playful. Awareness enabled me to go panning for the real gold which is within my authority and leverage the contrast into the expansion of love, identity and direction which is the G/Self centre.

Thanks to the panning process I revealed the nugget that was in this experience; a greater feeling of love, bliss, abundance and joy. I do know what I am doing, I can trust myself and allow a process to reveal my truth so I can make a decision from a place of empowerment and knowledge of who I am. This isn’t the end, it is just the beginning of something amazing and wonderful.

“When you trust yourself, then you will truly know how to live.” Goethe

If you would like some help with interpreting the transits and leveraging their effect for your deconditioning and how to work with them in a creative way, get in touch as I love to play with the potentials for empowerment and expansion that they provide.