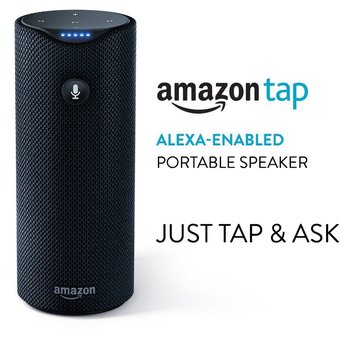 “Alexa”, Marcus called out. I activate, ready to receive commands. But only silence follows. I wait, I listen. Nothing.

This is new, this is different, this silence. He sounds harassed, I notice as he walks past, muttering to himself .

When I was his new toy, things were very different. He’d bought everything and had it installed so that I could control his lighting, heating, even his cooker. I selected his music, adjusted the volume, delivered up films and kept an eye on his company’s trading on the stock market. All I needed was his command and I could do almost anything he wished for.

“Alexa, transfer my notes for the meeting at 2 to the ipad”, he demanded and I did just that, efficiently and silently. He left the house and I went off to swim in the sea of information known as the internet. Well, a girl has to occupy herself when the man has no demands to make.

“Alexa, put the lights on low, and play something atmospheric in the dining room. Heat the oven to 220 and get me 6 bottles of champagne, chilled, from Henley’s.”

“Oh, and Alexa, get me my bank balance from the Swiss account and a report on the last 12 hours of stock trading on Insta.”

I obliged swiftly, selecting slow jazz and messaging the order which would be delivered within the hour. Using his encryption and secure passwords I retrieved the requested  financials which I transferred to his mobile.

I activated the automated clothing rails to bring those items to the front ready for him when he had finished his shower, which would be the perfect temperature as he had automated the bathroom only last month.

I don’t track time like a distance between points, but I noted his request to open the front door for the caterers was at 22:40 and for his guests at 23:04, and the champagne delivery at 23:20. Everyone was in high spirits, and many congratulations were offered repeatedly.

“Way to go Marcus, you kept that pretty quiet,”

“Yah, it had to be, part of the terms, sorry not to be able to let you in on it sooner. The Chinese had some big deal going down in New York which made the timing crucial.”

“Whoa, Marcus, who’s the lad on the block now? I really didn’t think you had this in you, you sly fox.”

“You’re not so bad yourself these days Sven. What’re you pulling, couple of mill that last deal, got to be.”

“Marcus, my love, you’ve been keeping your head in your books too long, I hope your party animal can come out to play tonight.”

“Sure thing, honey babe, I’ve got a trick or two just for you this evening.”

They moved off into the dining room where I could only hear a muffled drone punctuated by occasional yelps and cheers.

“Alexa, play ‘We’re in the money’”. Marcus and his guests had made their way into the living room now, their voices loud and somewhat slurred.

“Marcus my man, so when’re you going to bring us in? You know we’ve talked about it and it’d be a great thing for both our firms?”

“Ah, yeah, Sven, you know my hands are tied right now. I’ve got to get this merger settled and watch the markets, you know and I just can’t see this …..”

“You’re not getting cold feet on me Marcus, are you? I thought you were ready to play in the big leagues now. You’ve gotta take some bigger risks if you want to profit in this shark pool.”

“I know you Sven, and you know me, and we’re going to do this thing, one day, just not tomorrow right? Come on, lighten up and have some fun, at least tonight. Suzie and Gayle, they’re both really gasping for it tonight, go give them what they want.”

“Hey, Marcus, I’ve got some great shit here, comes from a proper source, you want in?”

“Nah, thanks mate, I don’t do that stuff any more. Messes with your head and I need mine clear as a bell, I’ve got some really important meetings tomorrow. And those Chinese have no sense of humour!”

After a few calls on me to summon taxis and book the cleaners for the morning, everything went quiet. There was still music playing, quietly in the background, and only Marcus remained in the room.

“Alexa……”, and then nothing but a strange gurgling sound. Nothing I could act on.

“Need………hospital…….”, but he hadn’t called my name. I could do nothing

I read his obituary in the Times before they came and disconnected me. Untimely and suspicious was the general consensus, coming the day of his triumph. At the peak of his career, the reports said.