There was a discussion on a felting forum recently about how to make good fastenings for wristwarmers. With winter coming up I decided to try out a few different designs and experiment with fastenings so that I could make a ‘one size fits all’ wristwarmer. My own hands and wrists are fairly large, so making wristwarmers is always a bit of a guessing game. My first pair ended up too small for me to try on. I’d made them reversible too, just because…….I can! 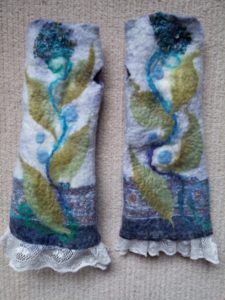 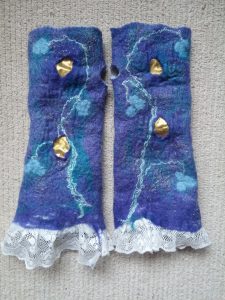 They were also rather long and would possibly be problematic with coat or jacket sleeves.

So then I tried making flat felt pieces and fastening them with a short piece of elastic, so they could be slid on over the hands and still fit snugly around the wrist. The theme of dragons came in here as a fun magical twist.

I laid out a rectangle of red then black wool and on the top layer added a gorgeous blend of black wool with glistening angelina fibres. Red silk makes the dragon’s fire and adds a touch of dramatic colour. The dragons are cut from glistening semi-sheer fabric and appliqued onto the felt using machine stitching.

As you can see, these tended to gape a bit and let the draught in. I had sewn the elastic inside the felt wrap so it couldn’t be seen, but this was causing the problem So I unpicked it and re-sewed it on the outside which held them together much better. 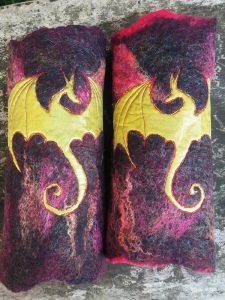 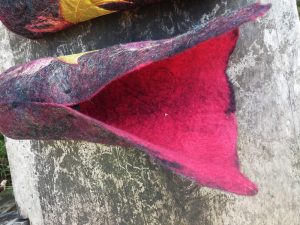 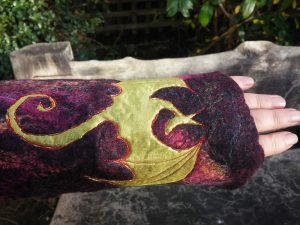 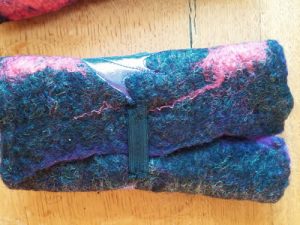 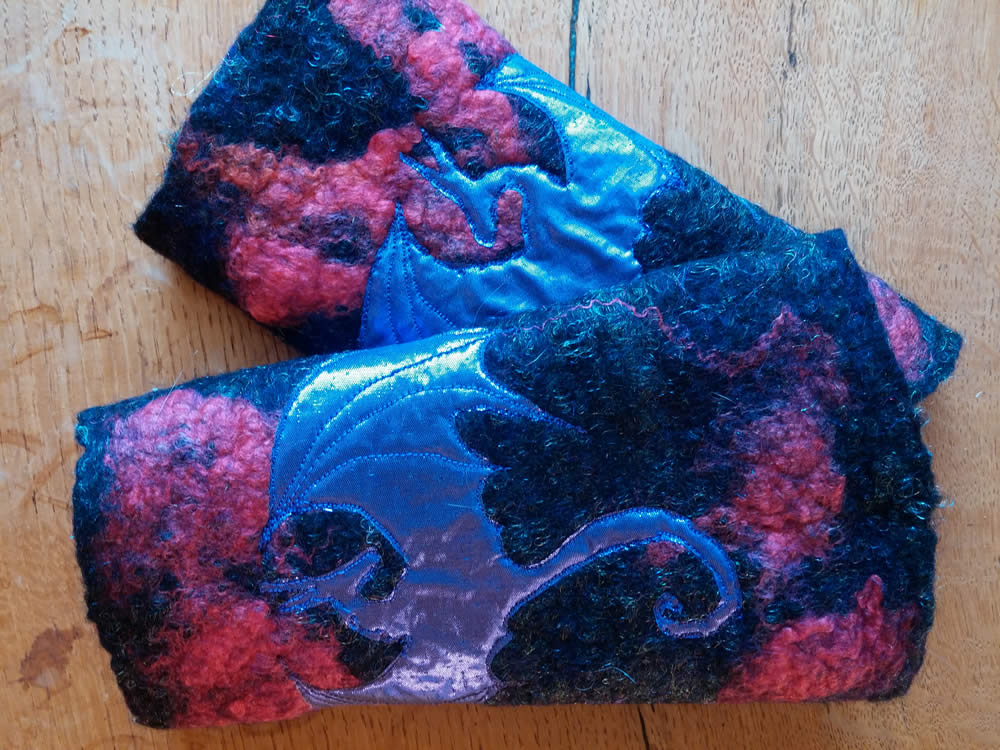 I made another pair using a two-tone red/green fabric and a final pair in delicious Cadbury purple.

Then I tried out the leaf design. Instead of laying out a rectangle of wool, I laid out a leaf shape. After adding decorative fibres and threads to hint at the leaf veins and felting them thoroughly, I stitched a small wooden button and a loop of narrow elastic onto the two points. Fastening them like this allows for a small amount of give as they are pulled over the hands, but keeps them nice and snug around the wrist. They are generally smaller than the dragons as well. I liked them so much I made several different colourways (but forgot to photograph them all before taking them to the shop) 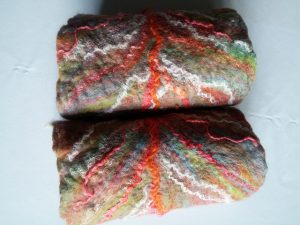 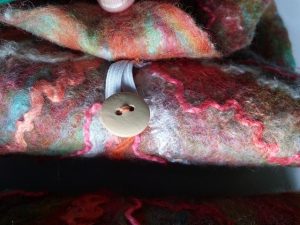