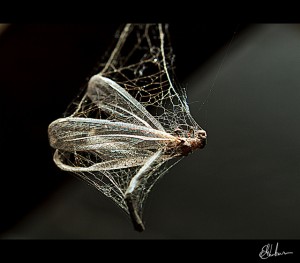 Feeling resentment has been a sticky trap for me and I’ve seen it keep people stuck by its allure of power in places of poverty, dis-ease and unhappiness. So when it got me in its grips again I was struggling with it like a fly caught in a spider’s web.

Although I was progressing quite nicely, feeling quite proud of my skills at turning around negativity, feelings of resentment caught me and stuck me fast. All the joy and pleasure in life disappeared in an instant, and I felt drained, tired, exhausted and without motivation to do anything that would take me out of that state. I temporarily lost my ability for self care and balance, blinded and deafened by the swarm of negative thought bees humming in my mind.

I was thinking I had become quite good at finding a quick route to freedom through allowing any negative feeling to be wholly present and then questioning my beliefs that support it. But I couldn’t begin to address the resentment I felt; so then there was shame as well, and some guilt for garnish.

I was aware of a part of me that was just digging in and saying “Shan’t – why should I – I like blaming someone else“. I felt powerless to unhook this negative energy from my being.

What I came to realise is that resentment was trapping me in trying to fix a situation that arose from my past in my present reality. Whoever it was that I was originally resentful towards was no longer here with me and so couldn’t hear my anger, my frustration or offer me the forgiveness and love I was craving. I was going to have to do it on my own – and there was the rub. Resentment was coming from a place of fear, somewhere deep inside me that felt unequal to the task of addressing the problem, unable to create a new solution that better met my own needs.

Feeling resentment is a call to action telling us that a line has been crossed, something is out of balance for us, some old situation is still colouring our view of the world and our relationships. Resentment says my needs are not being met, I’m out of alignment with my inner authority, I’m resisting what is, I don’t have enough. Resentment also cuts us off from our innate creativity and our relationships through shame and guilt. We think that nobody wants to hear us whine or whinge, so we must deal with it alone, and in secret.

I struggled for quite a few days before realising that I could ask for help and support. The shame was keeping my struggle a secret and I wasn’t talking to anyone else about it. Here was I, a facilitator of creative solutions for other people’s problems, unable to get out of my own trap. However, once the idea of asking for help hit home my spirit lightened and I began to feel some energy return so that I could regain some sense of capability and competence at organising my life in a way that expresses my most important core values of love, creativity and inspiration.

First came the idea of reaching out for a counsellor who could listen to my voice of resentment without judging it in any way, and who could also thrown some new light onto the subject, providing new perspectives or simply allowing me to discover them for myself. Then later came the idea of prayer. Not having been raised in any kind of organised faith pathway, I don’t often think of prayer as a valid route to learning or healing. However, I felt even more relief as I passed this one over to those in spirit who help and guide me – as I did I visualised it as a tightly knotted rope against which my small fingers were an insignificant force.

I then just carried on with my daily tasks, surrendered from the struggle, understanding at last that my mind simply didn’t have the capabilities needed to resolve this problem. I gave in and trusted that there was a deeper and wiser part of me that was connected to spirit which, in due course, would reveal another step, a clue or a solution. The breakthrough came within a couple of hours as I was struck by the realisation that my resentment was coming from a persepctive of lack. My belief was that when someone else had what they needed or wanted then there was insufficient left for me – a view that said that only one of us could have what we needed, and therefore the other was going to have to go without. I was seeing through the lens of a world in which love is a limited commodity and someone has to compromise.

This released a cascade of ideas, insights and new creative energy for me to then discover how to create a new loving win/win situation in my life that enabled loving energy to flow freely to us both. A new view of a world in which my will and thy will can be done together without compromise came into view. 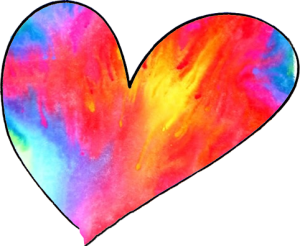 Resentment points at where we have been ‘pinched off‘ from the creative loving energy that Source pours into each of us. To become creative at solving the problems of lack in the world today we need our full creative capacity which we can achieve by releasing these pinch points of guilt, fear and shame. Change your perspective, change your energy, change your belief and watch the world change around you. This is the kind of daily struggle and daily attention I believe that we need to give to creating new solutions in a world that has been fuelled by fear, shame and guilt. This is what being the change you want to see is about – allowing Source or your Higher Self or whatever phrase you use for that bigger perspective awareness – to work through you to create something new, something far more loving, the ultimate truth of who you are.

What is resentment showing you? Where has your creative and loving spirit become pinched off from full flow? How does your fear take you into the smaller perspective of yourself?

See my Liberation Coaching page if you’d like help overcoming feelings of resentment, shame and guilt.