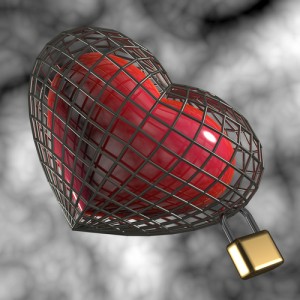 It’s been one of those weeks at home, where every little comment seemed to spark an argument or conflict between my older son and me. After making the quick snappy off the cuff remark, I went away and wondered about my feelings trying to uncover what was going on between us at a deeper level. Why wasn’t I able to be the sympathetic listener that I know I can be? What was making me so defensive in my comments? What was the fuel that hung around us ready to be ignited by the smallest spark? Was it his problem or was it mine – or was it belonging to us both?

Being a conscious parent isn’t an easy task but it is deeply rewarding. It means getting deep down into your own dirty goo to find your own pain, your own triggers where you are unwilling to feel what you feel. It means grappling with your resistance to find the love that is what you want and know is there as the real bond. It also meant being able to accept my need to protect myself even if putting up defences wasn’t the way I really wanted to hold my own boundaries. And then to find my courage to go beyond my habitual adaptive strategies and to expand my consciousness.

As Brené Brown shares so brilliantly in her TED talk ‘The Power of Vulnerability‘ it means being vulnerable. And this is the key to any authentic relationship. Our barriers and defences keep us safe but also separate and isolate us from real connection; connection that honours and respects differences and celebrates similarities without having to make oneself right and the other person wrong.

I was seeing the signs around me, in the way that I do, gradually piecing together the puzzle and creating my own solution. By focusing my attention on the problem and feeling how I wanted things to be different, I was engaging my own powerful creative force that, through my living experiences bringing me closer to the solution. Twice I had seen articles about Spiritual Bypass, to which I nodded sagely, smugly secure that that wasn’t what I was up to, that I’d seen through that particular trap. I was sure I wasn’t an avoidant parent; after all, here I was spending hours agonising over each argument, each sharp word, allowing myself to be drawn into the conversations in the first place instead of sticking to my guns and saying “No, I’m not going there.”

“Spiritual bypassing, a term first coined by psychologist John Welwood in 1984, is the use of spiritual practices and beliefs to avoid dealing with our painful feelings, unresolved wounds, and developmental needs……..we tend not to have very much tolerance, either personally or collectively, for facing, entering, and working through our pain, strongly preferring pain-numbing “solutions,” regardless of how much suffering such “remedies” may catalyze. Because this preference has so deeply and thoroughly infiltrated our culture that it has become all but normalized, spiritual bypassing fits almost seamlessly into our collective habit of turning away from what is painful, as a kind of higher analgesic with seemingly minimal side effects. It is a spiritualized strategy not only for avoiding pain but also for legitimizing such avoidance, in ways ranging from the blatantly obvious to the extremely subtle.

Spiritual bypassing is a very persistent shadow of spirituality, manifesting in many forms, often without being acknowledged as such. Aspects of spiritual bypassing include exaggerated detachment, emotional numbing and repression, overemphasis on the positive, anger-phobia, blind or overly tolerant compassion, weak or too porous boundaries, lopsided development (cognitive intelligence often being far ahead of emotional and moral intelligence), debilitating judgment about one’s negativity or shadow side, devaluation of the personal relative to the spiritual, and delusions of having arrived at a higher level of being. ” Spiritual Bypassing: When Spirituality Disconnects Us from What Really Matters, by Robert Augustus Masters. You can read an excerpt here: http://www.realitysandwich.com/spiritual_bypassing

But I somehow didn’t get round to reading the articles fully – resistance had its way and I diverted into something safer and more comfortable.  On one occasion I even watched myself from an observer position almost outside my body, going through my defensive actions, feeling powerless to change my behaviour in the moment, thinking all the while “Oh my god, why on earth am I doing and saying these things, I know that’s not how I really want and can be!”. Another time I felt emotionally bruised and battered by a conversation we had whilst ‘trapped’ in a car, the conversation going nowhere because we were both meeting at our defensive levels, trying to prove each other wrong rather than able to open to the possibility that there was another equally valid viewpoint.

Eventually my son’s defences and my own came down and, thanks to his courage to risk being vulnerable himself too, we had a meaningful conversation, which took me right into the feelings of guilt, sadness, regret that I had been trying to avoid, and doing so quite successfully. I was able to own my part in actions I took in the past that he now feels were detrimental to his life experience. But it took wild horses to drag me there, as well as my willingness to look deeper, to open myself to that vulnerable core, too feel those feelings, and know that I could come out of them again a survivor. Not only did I survive but our relationship has become deeper and stronger and I am so grateful to him for his courage and obstinacy to overcome these obstacles. I thought afterwards how different it feels for someone to have their opinion and viewpoint validated rather than to hear the Spiritual bypass phrases like “well you chose me as your parent” or “we all have lessons to learn” or even the one I tried several times but he could feel my defences even there “Yes, I’m really truly sorry and I apologise that you feel that what I did was so wrong”. 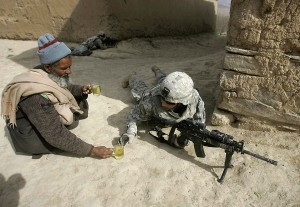 I really feel that there is a need for us all to hold a space of unconditional positive regard – you used to only be able to get that from a trained counsellor. To allow differences to be voiced without conflict taking over, to speak our truth and to be heard, and to hear another’s truth without judgment. There can be a little frisson of conflict which makes people sit up and become aware, but as soon as that is felt, any unconscious automatic defenses we have will kick in. It takes courage to become aware of them and then to allow them to come down again, a willingness to overcome the obstacles, to discover the true spirit of a person through challenge and the quality of love that fills the heart when it is no longer defended.

These are the challenges we face that will take us into a freer and more creative mode of communication where we can discover the solutions to our present social difficulties through the expansion of our consciousness, within the family and in our wider social networks. This is the very grounded spiritual work of being the change that we want to see.