Skip to content
Healing the world through choices for Freedom, Peace and Respect 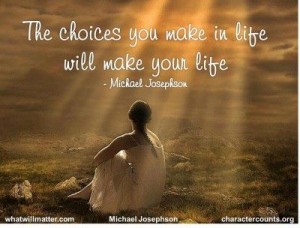 Do you realise the power of your choices for creating your world? Whether you live in a world of freedom, peace and respect comes down to the choices you have made.

There is such tremendous power in truth and aligned decisions. Each choice you make takes you closer to freedom, peace and respect or into pain and suffering. And everything you create ripples out into your family, community and the wider collective.

There is a place within you where aligned decisions are made. You can usually tune into it as a feeling, and Law of Attraction teachings speak about following the feeling that feels better. In Human Design this is your Strategy and Authority.

There is a part of us that we can trust in, that absolutely knows what we need to do, but we give far more credence to the part of us that has no idea at all – our mind!

Your mind is very distrustful of this intuitive decision-making and often tries to distract, disrupt and block your awareness of your correct choice. By correct I mean correct for you – not necessarily correct for the other people. Often these overrides come from having been taught that you are responsible for someone else’s happiness. You really aren’t. However a byproduct of your aligned and correct choices is the rippling out of harmony and peace. Even speaking your truth in a conflict can be a powerful catalyst for peace.

I recently had a quick refresher course in the resistance that I meet when I don’t trust and follow my Strategy & Authority. Suffice it to say that it was a fairly unpleasant and painful experience for both people involved. 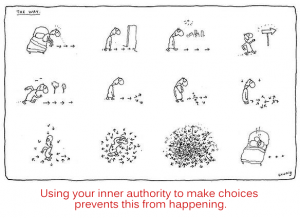 I clearly remember the point at which I deleted my carefully crafted email giving a polite “No”. My thoughts were along the lines of:  “oh well, surely it won’t matter much if I just say Yes this once – at least I will learn from what happens.” My feelings were distinctly uncomfortable which is why I went to my mind for advice! Never a truer word spoken. I did learn. But it did matter and not just to me.

You will have your triggers for feeling uncomfortable that arise from your past and relate to the open centres in your Human Design chart. Mine are often about a fear of upsetting people.

It really became clear to me in a way that I hadn’t fully appreciated before, that making a choice from a non-aligned place brought not only pain for me but also pain for someone else. To take this to a wider perspective, it’s not only my own suffering that I reduce by making my choices correctly, it is all suffering in the world. The world of suffering is created from these moments of incorrect choice, driven by the mind. 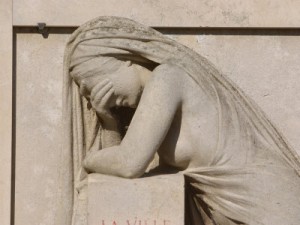 I, like many or most people, created a system of thoughts and beliefs based around the idea that if I could just control myself I could also control other people. If I behaved well, then I wouldn’t suffer when people around me became upset. Of course the most influential people I started this experiment with were my parents. And I began this with a childish self-centred view that I was the cause of everything that happened around me.

As I took this belief through my life I didn’t create the happiness that I was expecting; I created pain and suffering. I built myself a pretty effective prison which prevented me from making choices based on anything other than my beliefs. I would literally stop myself with feelings of discomfort as soon as I contemplated disobeying my made-up rules. It was a strong sensation of gut-churning fear and dizziness in my head that would literally take me over and make sure I didn’t overstep the line – the self-imposed line of acceptable behaviour. It was this discomfort that was the trigger for me to take advice from my mind.

I have since discovered many of the intricate and fiendishly ingenious ways in which I entangled my energy with other people’s, making myself responsible for their emotional state. My bid to become the supreme ruler of emotionality failed and all that had really happened was that I lost myself in the process.

I have learned that this is a common response in people who have an open Solar Plexus emotional centre in their Human Design chart. Because open centres take in an amplify energy that is being transmitted by other people, the intensity of the feeling I experienced whenever someone around me was upset overwhelmed me. Instead of being able to understand that this was someone else’s energy for which they alone were responsible, I learned to try to manipulate them so that I wouldn’t have to suffer their upset feelings so powerfully.

It is this fear that still lingers when I come across a sense that I need to say “No” to someone. Thoughts like “What if they get upset and I have to feel that?” lead me into self-doubt and confusion. I guess I can keep repeating this behaviour until I have learned even more from it. And today was a good and timely example and reminder. 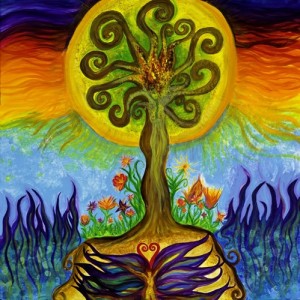 If I had said “No” when I felt “No”, the upsetting incident that happened today wouldn’t have happened.  I would have felt stronger and stayed in Soul alignment, and the other person wouldn’t have had their part of the experience either. The ripples of pain and suffering that went out from both of us contributed to the global vibration,

Choices really are very powerful, and making wise and correct ones creates a ripple effect that can spread way beyond the seemingly trivial request. Nothing is trivial, and in each moment we are either adding to peace and freedom or to pain and suffering. We are all connected through the vibrational field and what we add to it is our choice.

What I learned from this experience …… beware the traps of the mind and to trust the feeling that comes from your inner authority. In 50 years my mind has had time to invent many ingenious and highly persuasive arguments about why it’s rules should dominate! It is the true power of my inner authority that can break down my adaptive strategies, tear holes in the so-called rational arguments, and provide the freedom and happiness and respect I seek to be, live and inspire others into. I am more resolved than ever now to trust even a small nudge from within, and to educate and train myself in ways to stay present and mindful so that I can sense the respectful way to honour myself and others.