I got myself frightfully stuck recently when I was trying to work out what my USP was. I was looking for my niche, the thing that I did that was different to everyone else believing that this was what I had to have before I could market myself successfully. It felt like looking for a lost key, that someone else had it but they were hiding it from me, which didn’t feel empowering or creative at all. It’s an old shame trick to compare oneself unfavourably with other people and invariably makes anyone feel awful if done with sufficient determination! And it locked me into conflict so that I felt I had to disagree with other people in order to show that I was different – I didn’t want to be seen as a sheep. If only our politicians could see how their struggle to differentiate themselves as ‘Left’ and ‘Right’ wing is what is creating much of their conflict, and doing their countries no good either. 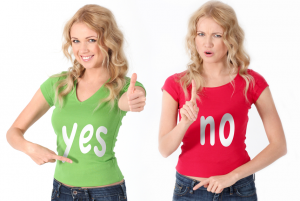 Eventually I realised that what had happened was that my focus of attention had shifted from the question ‘who am I and what do I love to do?’ to ‘what are other people doing?’. I was looking for an empty slot, a gap in the market into which I could insert myself, confident and maybe even a little smug, that I was offering something really different from other coaches and therapists.

Some gaps in the market are there for a very good reason though, because nobody wants it!

I’m not saying that USPs and niches are not desirable and effective marketing tools, just that I was heading off in the wrong direction.

What matters most is me being ME because nobody else can be me. It doesn’t really matter if I am offering a very similar product to someone else’s. The one thing they cannot offer that I can is me.

And that meant believing that being ME is enough, ME is adequate, ME is actually brilliant and very valuable. That has taken some work of my own and is by no means finished business. I still have triggers that take me back into those thoughts and the resulting constriction of creative flow, although unpleasant, is useful for identifying my trigger and gently removing it. So the techniques I use with you are ones that I use because I’ve found them helpful for myself first.

Is performing a cover version of a beautiful song any less creative than the original? Is the 500th performance of a Beethoven symphony any less valued than the first? Is yet another photo of a butterfly in flight something to be ignored because you’ve already seen one?

We value these kinds of artistic expression precisely because they involve some level of interpretation and creativity on the part of the performer or photographer. What attracts us is not so much the end result but the filter that it’s been through, which is the individual who sings, conducts, takes the photo.

The important distinction here is where is the point of creation. Does it come from within us as something that we embody or is it an external reference or comparison. I like this distinction:

“Intention is the voluntary direction of the course of one’s thought toward a selected idea. Ideas are inside, not outside. Thus intention is the movement of a current of energy directed toward an interior point of awareness, an interior center of consciousness. It is a centripital motion, exactly opposite to the centrifugal motion suggested by the word attention“

So we stretch inwards towards an idea- towards our internal center of consciousness…an inward spiral of energy.

“Attention is the direction of a current of energy outward toward some thing or condition in our environment. Attention has to do with location in space or time. It is our means of contact with the changing world outside”

Once we have become sufficiently secure in who we are on the inside, then we are ready to create connections with the changing world outside and not lose touch with who we truly are. This is one of the concepts I’ve found so helpful that come from Human Design; that we have parts that are consistent and constant, and other parts that are like windows onto that external world, only we feel them inside our own body. Have you ever considered why it is that you feel and behave like a different person when with your friend next door than when you are with your mother or father? It all depends what you are sensing from your external world – the other people in it – and how secure you are and able to stay in contact with your inner self.

Learning to love your Self is connecting with and valuing your uniqueness instead of using external frames of reference for your self-worth. And it makes a monumental difference to the way you live and feel about your life.